South Africa’s tourism industry is seeing an encouraging recovery as tourist arrivals for the month of January 2016 reached a new record with over a million tourists arriving in the country for the first time ever.

According to data released by Statistics SA, there were 1 012 641 tourist arrivals recorded for the first month of 2016, representing a 15% growth compared to January last year.

January’s record breaking month of arrivals comes off the back of a 7% overall decline in tourism arrivals for the full year of 2015. Despite a stronger finish for South African tourism statistics in the final quarter of last year, overall SA tourist arrivals were dismal for 2015, compared to those arrivals recorded during 2014.

“We welcome this notable level of growth for the first month of the 2016 year, albeit off a low base which was recorded in 2015,” says Lee-Anne Bac, director: Advisory Services at Grant Thornton. “A bumper month in January clearly indicates that the industry is on the rebound which bears testimony to the tourism sector’s resilience and its ability to bounce back.”

Bac added that breaking through the one million mark is momentous for the country.

“The closest South Africa has ever been to this milestone was in January 2014 when there were 949 000 tourists,” she said.  “In fact, for the entire 2015 year tourist arrivals to South Africa never even broke through the 900 000 number in any month.”

The arrivals data reveals that growth was driven by buoyant demand from both overseas and African tourists, with the majority of tourists arriving from African countries (79%) while 21% were from overseas.

Of the overseas visitors arriving in South Africa during January, arrivals from China grew by a remarkable 93%. Germany improved by 22%, UK by 16% and the USA by 11%.

“The significant growth in arrivals from China is a welcome relief and it truly is an indication that the amendments to visa regulations for the Chinese market are already starting to bear fruit,” continued Bac.

But Bac warned that this growth is off a low base recorded during 2015.

The Grant Thornton Advisory Services team’s calculations reveal that if South Africa had not experienced the negative issue of the visa regulations on the Chinese market in particular, South Africa should have had approximately 2500 more Chinese tourists in January 2016 than what was actually recorded.

“The stats for January 2016 are outstanding and most certainly encouraging.  We mustn’t become complacent though as there is still a lot of work to be done in order for us to regain our lost market share,” Bac concluded.

Definitions:
• A tourist is defined as an overnight, foreign visitor, and excludes same-day travellers, transit travellers and work seekers.
• When reference is made to a traveller, this would be foreign tourists PLUS same-day travellers, transit travellers and work seekers (FYI:  when DOH put out their press release earlier this year about numbers being up in December 2015, they were referring to Travellers and not Tourists).
• An overseas tourist is a visitor who is a citizen of a country outside of Africa
• An African tourists is a visitor to SA with citizenship of an African country
• African Air-Arrival tourists are African tourists who enter SA via an airport (and not across land-borders) 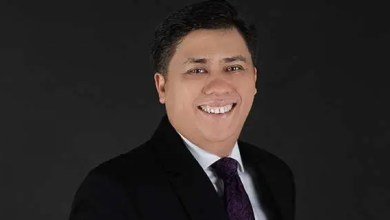