As over 10 000 delegates comprising exhibitors, the world’s travel trade and media start arriving in Durban this week, Tourism KwaZulu-Natal are putting the final arrangements in place for the 26th annual Tourism Indaba to be hosted by the city this weekend. The event, one of the top three travel trade events in the world takes place from 10 – 12 May at the iNkosi Albert Luthuli ICC and the Durban Exhibition Centre.

Indaba is Africa’s annual premier tourism exhibition on the global map, serving as a key platform where African tourism products exhibit to regional, continental and international buyers, tour operators and travel agents. The event is organised by South African Tourism (SAT) in partnership with Tourism KwaZulu-Natal (TKZN) and Durban Tourism.

This year’s theme of ‘Plug into Africa’s Growth’ defines the overall event objective of providing buyers with a variety of the best African products and offerings under one roof, explains Ndabo Khoza, Tourism KwaZulu-Natal’s Chief Executive Officer. “African tourism is growing and this year we are proud to have a number of exhibitors from outside SADC attending for the first time, including Nigeria, Egypt, Rwanda, Uganda, Burundi, Ghana, Sudan, Ethiopia and Tunisia.

“This year will see a number of new initiatives introduced, all aimed at facilitating greater and more valuable interaction between exhibitors and buyers. Indaba is all about facilitating introductions, educating the travel industry, forming relationships, networking and initiating partnerships to increase tourism throughout this vibrant continent of ours. “CNN Business’ Anchor, Richard Quest, will also be moderating the Media Face Off event, during which the journey of South African Tourism and the impact of the past 20 years of democracy on South African tourism will be discussed.

“Key speakers will also share industry trends and ideas on how to move the industry forward in Africa and these sessions promise to be insightful and educational for both exhibitors and buyers.” Khoza added that “Indaba remains the flagship marketing platform for creating awareness of KwaZulu-Natal’s destination competitiveness, for profiling the province’s unique and diverse tourism offerings, and for establishing relationships between the local and international tourism trade.

“This year’s show has been significantly invigorated – the duration has been reduced to three days, to ensure it is short, sharp and sweet! In addition, we have increased confirmed buyers and media attending, so we look forward to some key strategic partnerships being concluded this year.

Further, in preparation for KwaZulu-Natal hosting the ‘World Routes 2015’, which is the global forum for aviation organisations – from airlines, airports, tourism authorities and civil aviation authorities – we have invited their organising team to attend Indaba this week as part of their familiarisation trip.”

A key focus for this year is also the hosting of top international buyers by South African Tourism. Over 700 buyers are confirmed for Indaba, bringing global opportunities to the exhibitors and participants at this year’s Indaba. An additional 700 journalists will also be in town covering both the event, and our destination.

Tourism KwaZulu-Natal’s exhibition will also accommodate 30 SMME’s as an extension of its ongoing development programme for emerging tourism entrepreneurs. In addition, visitors to Tourism KwaZulu-Natal’s stand will again enjoy the popular ‘curio shop’ where delegates can buy KZN mementos and Zulu arts and craft products. Proceeds of this go directly back to the communities who produce the arts and crafts.

KwaZulu-Natal was established in 1996 and is responsible for the development, promotion and marketing of tourism into and within the province; both domestically and internationally. The organisation is an entity that reports to the provincial Department of Economic Development and Tourism. 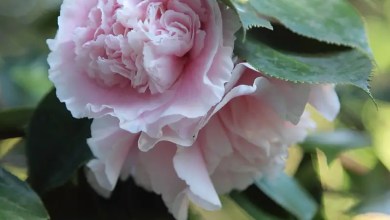