BON Hotels, a South African-based company that owns, manages and operates hotels, has recently taken over the Riviera on Vaal Hotel in Vereeniging. One would wonder what they see in the region and why they have chosen to invest there. Guy Stehlik, CEO of the group, confirms: “We see huge potential in the area. The Gauteng conference and leisure market is crying out for new venues and there is no reason why the area cannot once again enjoy the success of its glory days.”

Anyone who remembers Depeche Mode or Twisted Sister will also have a story or two to share of their wonderful times spent on the Vaal River – the area was a thriving bustle of holiday-makers and a second home to many Transvaalers back in the day. Nothing lasts forever, they say, and sadly Vereeniging and the Vaal triangle have seen better days; but all is not lost, as local tourism and industry show signs of a possible revival.

The Vaal Triangle’s commercial success is steeped in the industrial history books, thanks to Mr Van der Bijl and his expansion of Iscor into Vereeniging and Vanderbijlpark. Thousands of jobs were created as this initiative spearheaded a commercial and industrial surge to the area. Property markets boomed and into the eighties a weekend home on the Vaal River was the status symbol of any successful business person. The Riviera on Vaal Hotel was the place to be and be seen.

Pressure on the steel and mining industries in the 1990s did not bode well for the Vaal triangle as retrenchments began to take their toll and people started moving back to the bigger cities for opportunities, leaving towns like Vereeniging, Vanderbijlpark and Sasolburg in the lurch.

Dare we say things are looking up? Put it this way: Dorbyl Industries has built a new plant and training school in Vereeniging, creating approximately 1 500 jobs. Bekker Steel is going through an expansion phase, Heineken Brewery has reportedly invested more than R3. billion into its Sedibeng Brewery and Sasol has turned its petroleum and related operation into a wax plant as part of an estimated R14.billion project called the Sasol Expansion Programme. And to top it all, locals report that Chinese investors have bought the entire town of Kragbron.

We all know that Gautengers love to find a convenient escape from the big city and it seems that they are running out of space, which may have a positive effect on the Vaal Triangle. The R59 is becoming an artery for the Vaal resurgence. The east of Gauteng is full, Hartbeespoort is overcrowded, there is no space left between Pretoria and Johannesburg, which leaves the only potential for expansion to the South.

A visit to BON Hotel Riviera on Vaal will confirm this. Once you get through the industrial zone and find yourself on the river-bank, you will wonder why you took so long to get there. The local tourism authority is doing a good job with plenty of festivals and events to attend throughout the year. A mere 45 minutes from Johannesburg and with an abundance of things to do like water sports, golf and riverfront venues, the region has a lot to offer.

Tapping into a new market spells success for local women 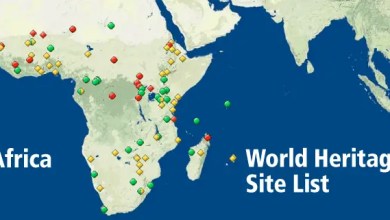